A new Vertical Block Exemption Regulation 2022/720 (“VBER”) entered into effect on 1 June 2022. It replaced Regulation 330/2010 which applied until 31 May 2022. The new VBER sets out amended rules for block exemption of certain vertical agreements from the prohibitions of Article 101 TFEU aimed at protection of competition in the EU market.

Existing contracts already in force before entering into effect of the new Regulation should be aligned with the requirements of the new VBER until 31 May 2023.

Dual distribution is in place where the supplier sells its good or services both through independent distributors and directly to end customers, thus competing with its distributors. Dual distribution was previously generally exempted from the prohibitions of Article 101 TFEU under the old VBER. However, due to the increased use of dual distribution in recent times, certain horizontal concerns needed to be addressed in the new VBER.

In the context of dual distribution, the new VBER exempts the exchange of information if it is either directly related to the implementation of the vertical agreement between the supplier and the buyer or is necessary to improve the production or distribution of the contract goods or services.

All means for information exchange are covered by this restriction – oral, written, formal, informal, agreed in the vertical agreement or not, communicated by one party only or by both. The Guidelines to the new VBER provide a non-exhaustive list of information which can be exchanged in the situation of a dual distribution.

The following types of information are expressly noted in the Guidelines as restricted for exchange in the situation of dual distribution:

Since the Guidelines do not provide exhaustive description of all situations in which information exchange in dual distribution is restricted or permitted, assessment of the relations under the particular vertical agreement is advisable in each case. Standard precautions that may minimize the risks associated with information exchange are also applicable but do not provide exemption per se (e.g. exchange of aggregated and/ or historical information and use of firewalls between relevant employees).

Still, in the Guidelines to the new VBER it is noted that in the absence of restrictions by object or significant market power of the online intermediation service provider, it is unlikely that the Commission will prioritise enforcement action in respect of vertical agreements entered by hybrid platforms.

MFNs or “parity obligations” require from an undertaking to offer the same or better conditions to its counterparty as those offered on other sales channels. Under the old VBER, such parity obligations were exempted. However, in recent years retail parity clauses causing buyers of online intermediation services not to offer, sell or resell under more favourable conditions via competing platforms have raised competition concerns investigated by the competition authorities in the Member States. This type of parity obligations is, therefore, added to the list of excluded restrictions under Article 5 of the new VBER and does not benefit from the block exemption from the prohibitions of Article 101 TFEU.

All other types of parity obligation can benefit from the exemption under the new VBER, including:

NB: The exemption for ‘narrow’ retail parity obligations is likely to be withdrawn in highly concentrated online intermediary service markets and where competition between the providers of such services is restricted by the cumulative effect of parallel networks of similar agreements restricting buyers of the online intermediation services from offering, selling or reselling goods or services to end users under more favourable conditions on their direct sales channels.

Suppliers operating a selective distribution system are allowed under the new VBER to prohibit buyers and their customers from selling to unauthorized distributors located in a territory where the supplier operates such system, regardless whether those buyers and customers are themselves located inside the same territory.

The terms “active sales” and “passive sales” are specifically defined in the new VBER providing better clarity on the permissive active sales restrictions and are further elaborated particularly both for the cases of exclusive distribution and for selective distribution.

According to the Guidelines to the new VBER, suppliers may lawfully set different wholesale prices for online and offline sales with respect to the same distributor (i.e. dual pricing), provided that this does not have the object of restricting sales to particular territories or customers but is undertaken as a measure to incentivize or reward an appropriate level of investments in online or offline sales channels. Dual pricing would be considered as a hardcore restriction of sales to particular territories or customers in the case where the difference in the wholesale price makes selling online unprofitable or financially unsustainable, or where dual pricing is used to limit the quantity of products made available to the buyer for sale online.

Restrictions of the buyers to use online marketplaces, which are often used in the case of selective distribution systems, are also exempted under the new VBER, if they do not have the object of preventing the use of an entire advertising channel by the buyer.

The new VBER has a direct effect in Bulgaria, as an EU Member State. Thus, all Bulgarian companies are already bound by the amended rules for exemption of vertical agreements from the prohibitions of Article 101 TFEU. Compliance of all contracts which entered into effect before 1 June 2022, should be ensured until 31 May 2023.

Legal Disclaimer: The material contained in this alert is provided for general information purposes only and does not contain a comprehensive analysis of each item described. Before taking (or not taking) any action readers should seek professional advice specific to their situation. No liability is accepted for acts or omissions taken in reliance upon the contents of this alert. 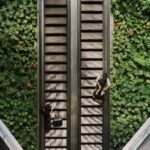 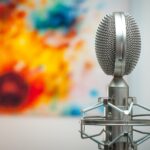 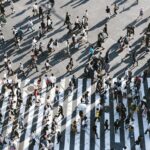 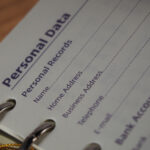 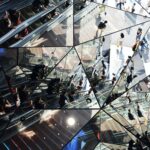 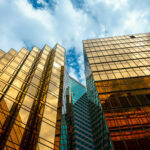 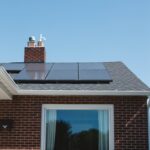 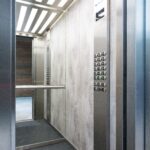